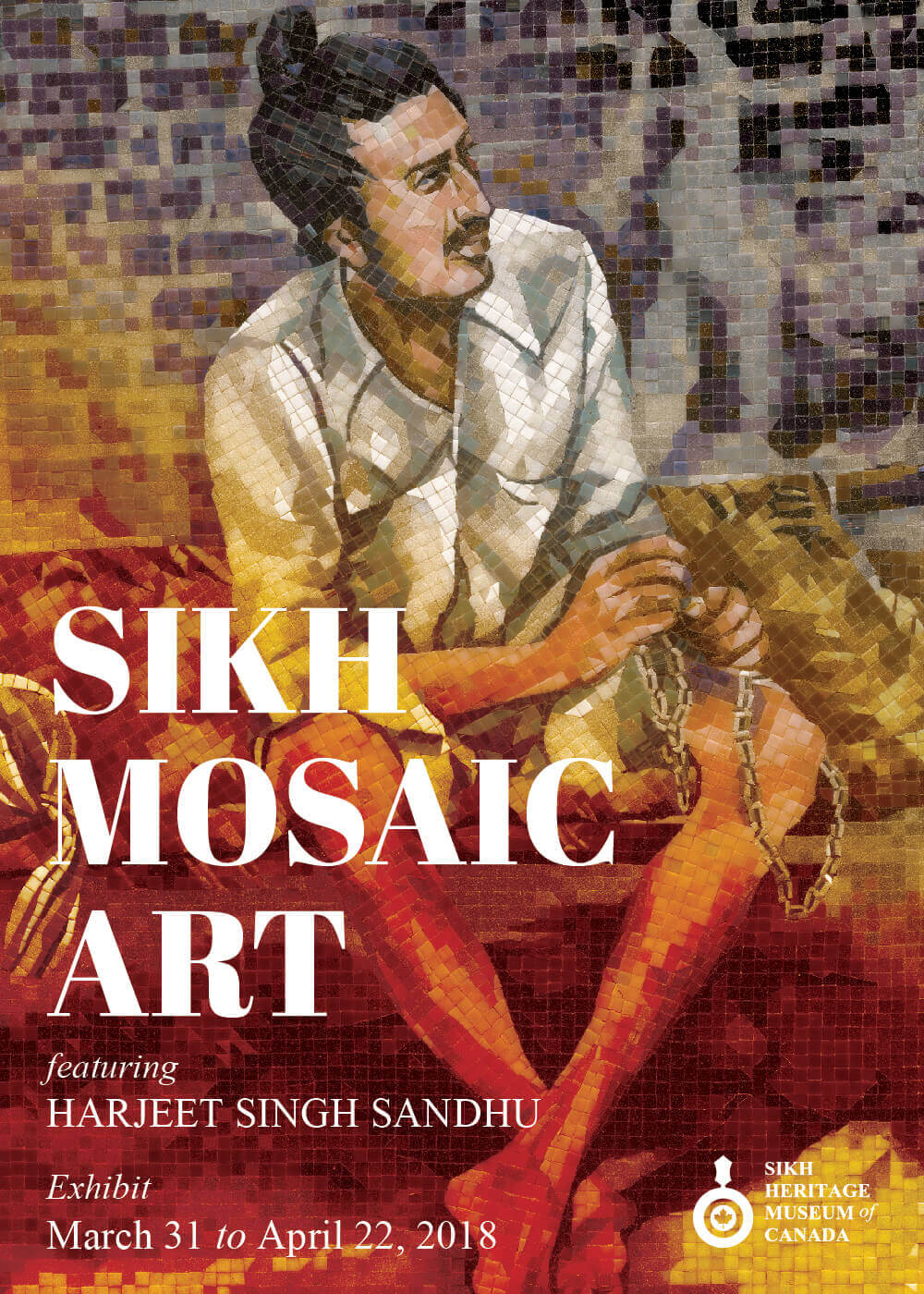 Born and raised in Punjab -India, Harjeet received his Master Degree in Fine Art from the University of Punjab in 1983.  He was awarded North India's best sculpture in "Head Study from Concept".  Harjeet sketched out numerous images of motherhood in clay which he collected from the village pond.  He has also created landscapes in water and oil and various drawings.  As a profession, Harjeet was a teacher.  He moved to the Unites States in 1985 and had to put aside his passion for art to be able to provide for his family.

In 2010, he finally decided to pursue his dreams of becoming a mosaic artist.  So , he picked up his tools and began his new venture.  Till date, he has completed six glass mosaic cut pieces and continues to build his collection. The colored mirrors and their arrangement in the compositions are serving as the most precious script to liberate himself for the real discovery of life. 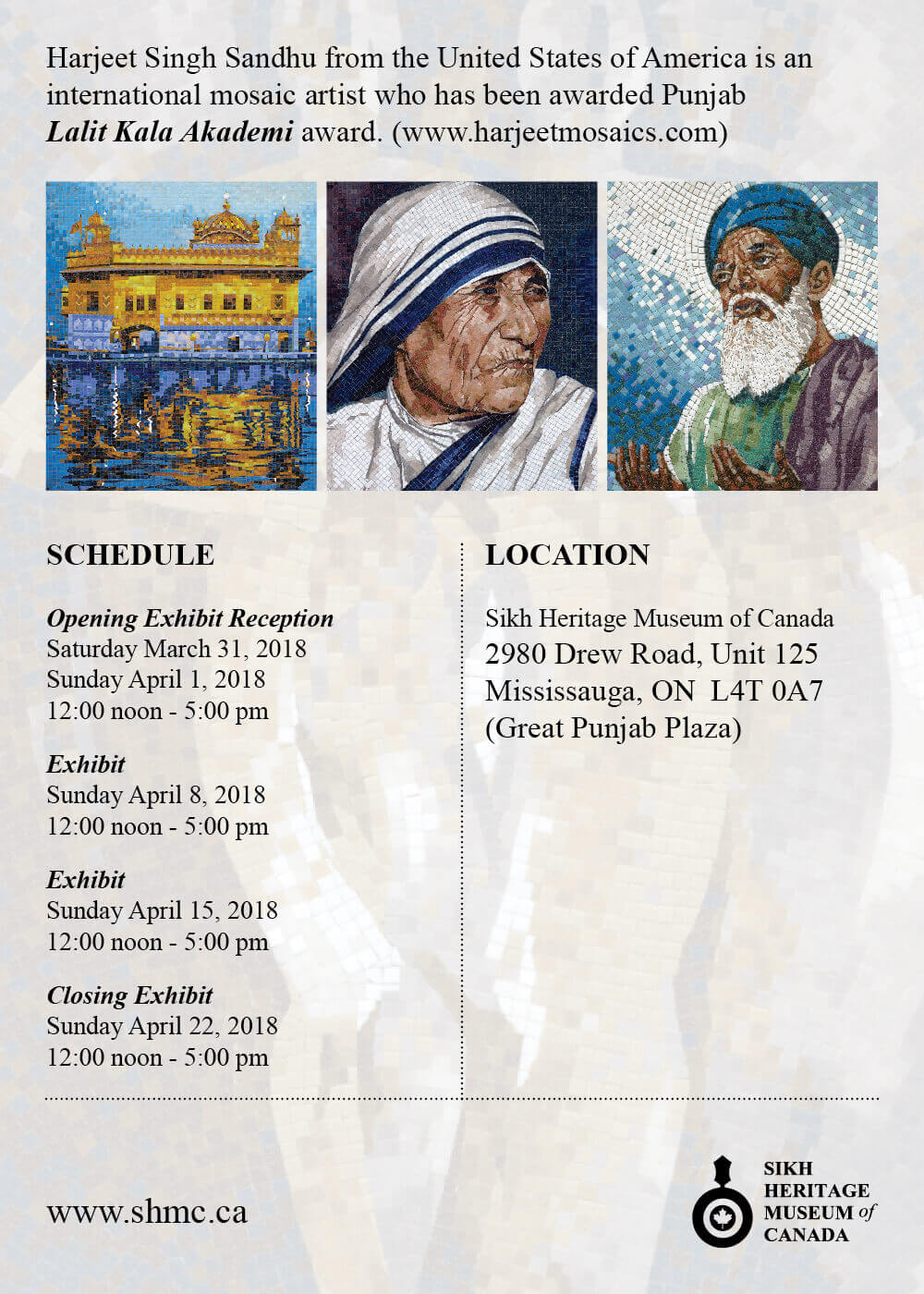 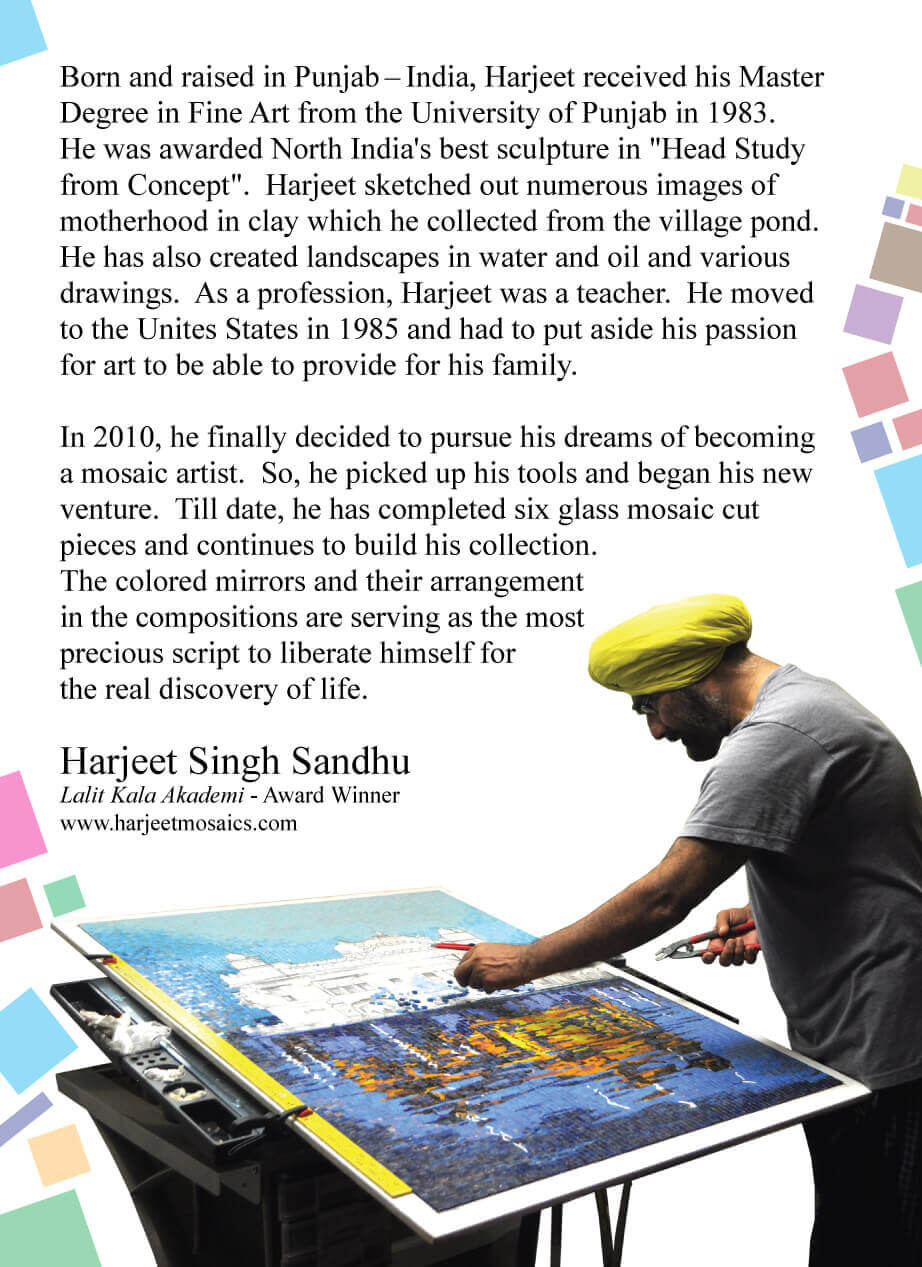