Many would be surprised to learn that the linkage between Sikhs and Canada is over 200 years old.

The legacy of Sikhs in Canada is nothing short of remarkable; a testament to the resilience of the early pioneers who overcame formidable obstacles 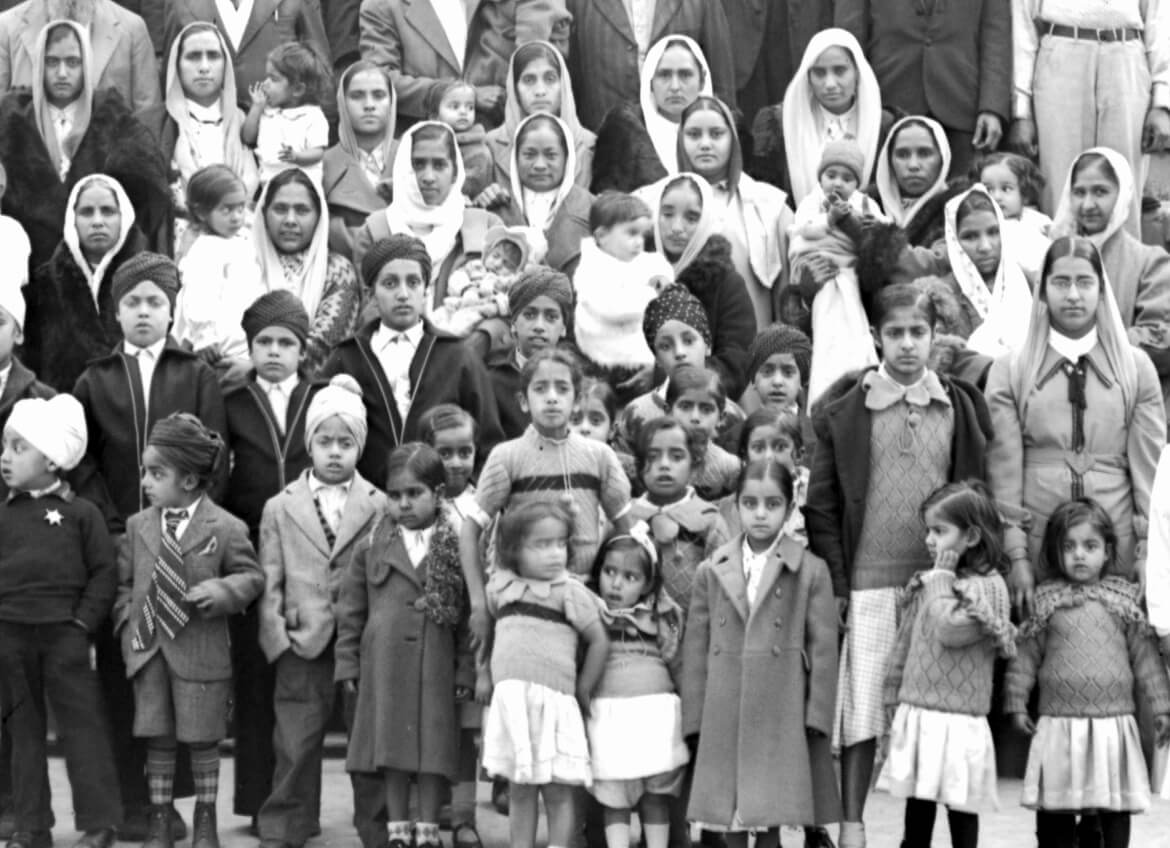 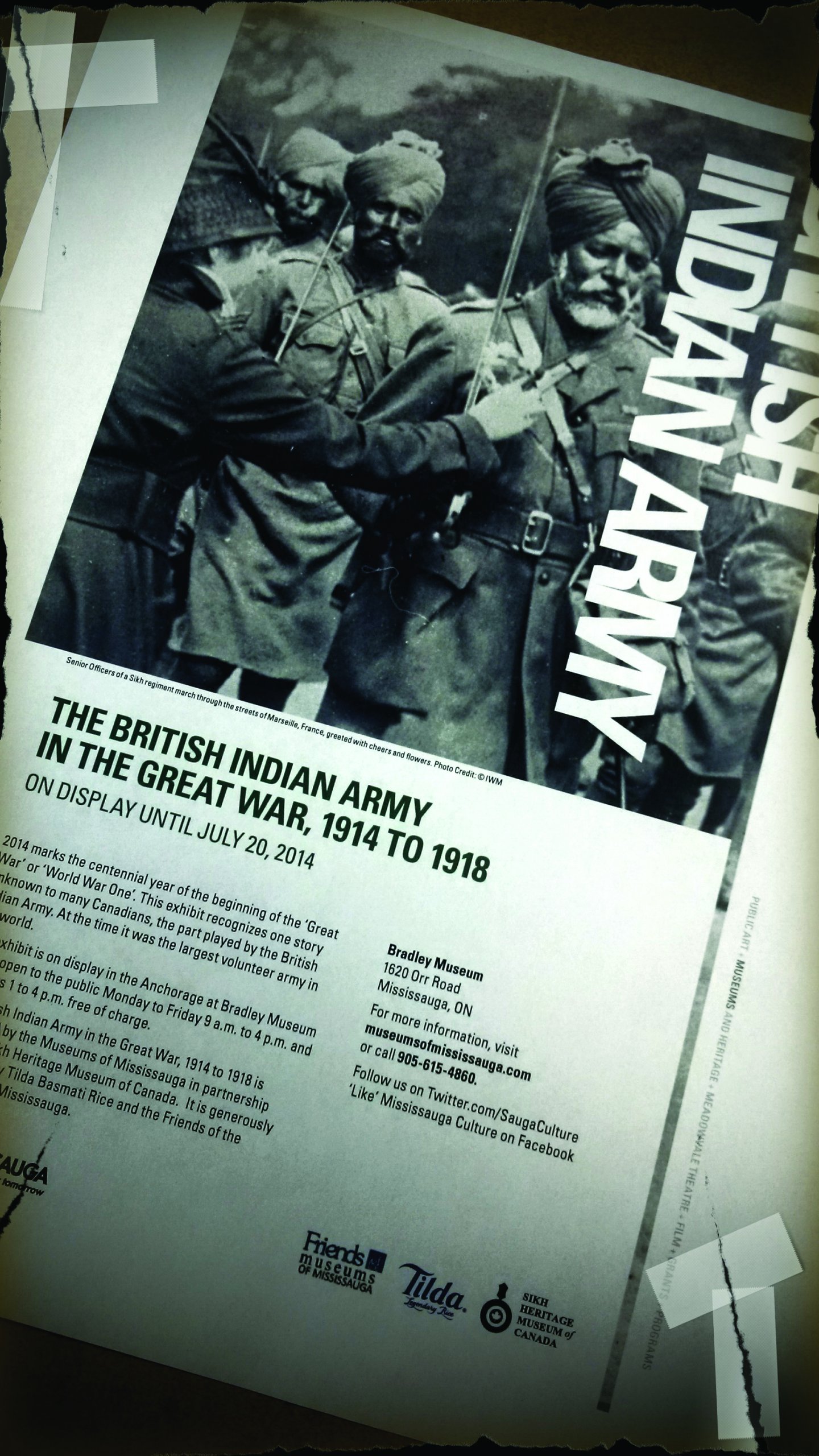 A centre of Learning

Since its inception in 2014, the SHMC has been committed to good governance and leadership. Most importantly, the Sikh Heritage Museum of Canada has become a strong community partner in educating Canadians about the history of Sikhs through SHMC exhibits, lectures, and events. The SHMC has collaborated and partnered with over 28 local, national, and international organizations and institutions.

Prior to its formal opening, the SHMC partnered with the City of Mississauga for its groundbreaking exhibition, “The British Indian Army in the Great War, 1914-1918”, which marked the centennial of the start of the Great War. This was followed by a subject-specific exhibition at the SHMC Gallery to mark “Doors Open Mississauga” entitled “Call to Flanders: Sikhs in the Great War”.

Over the past couple of years, the Sikh Heritage Museum of Canada has been engaged in over 50 exhibits and events, with exhibits shown in 6 provinces, 18 cities, and 3 countries. The SHMC has spoken on various television and radio programs across Canada including the CBC, CTV, GLOBAL, CP24, and Rogers, to name a few. The SHMC was proud to partner with the largest teacher federation in Canada, the Elementary Teachers Federation of Ontario (ETFO), to produce a commemorative poster highlighting Sikh Heritage in Canada. The poster was disseminated to every elementary school in Ontario as part of South Asian Heritage Month.

The Sikh Heritage Museum of Canada has hosted countless community attendees including seniors, children, students, scholars, and various dignitaries including the Premier of Ontario, federal and provincial Ministers, Mayors, Councilors, and Chief of Police. Other guests have included individuals from the Commonwealth War Graves Commission, the 7th Toronto Regiment-RCA, the Smithsonian, and the Royal Ontario Museum.

The Sikh Heritage Museum of Canada is dedicated to advancing and promoting knowledge, understanding, and preservation of the cultural and religious life of our people. We do so through our top-quality museum exhibits, lectures, and special programs. 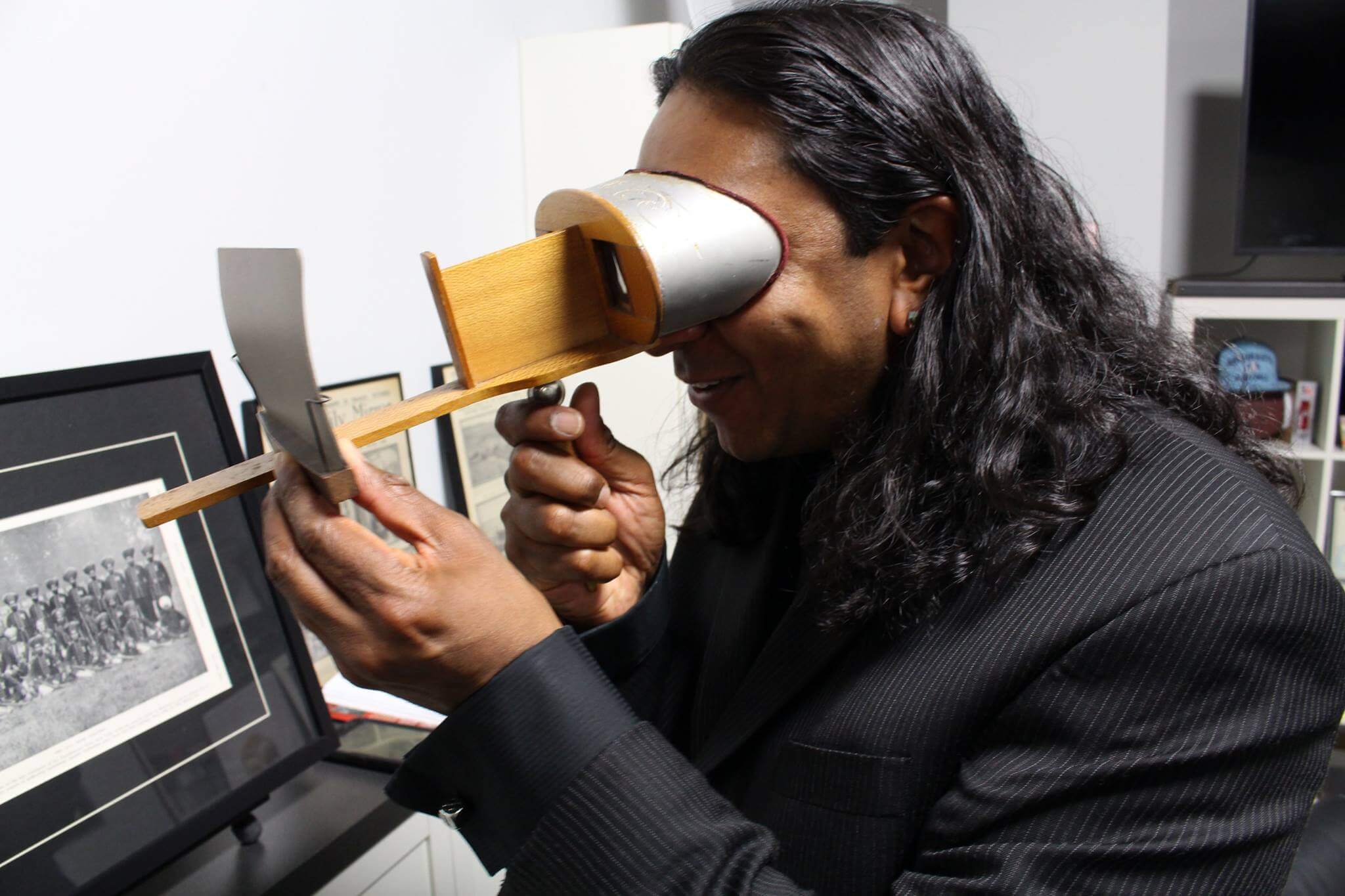 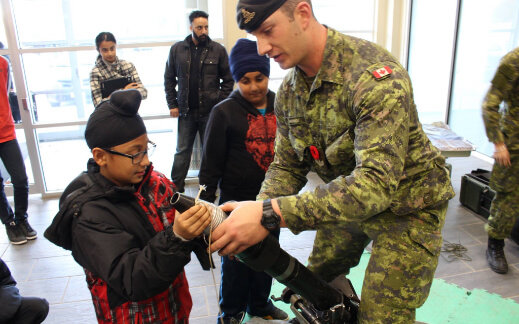 We envision a dynamic, learning-focused permanent Sikh museum and educational facility. The Sikh Museum will celebrate the Canadian Sikh experience and its vibrant history, explore the richness and complexities of Sikh spirituality and identity, and commemorate and honour Sikh history.

We are committed to building a strong and diverse community that promotes harmony, friendship and understanding.

To provide a public amenity by establishing and operating a Sikh Heritage Museum to preserve, curate, and exhibit artifacts, publications, photographs, and documents of historical significance; To advance education by creating and touring exhibits, and by providing educational lectures and seminars relating to Sikh history and culture; and

To do all such things as are incidental or ancillary to the attainments of the above purposes.

ADOPTED  BY:
The Sikh Heritage Museum of Canada Board Members
Sunday 21st December 2014 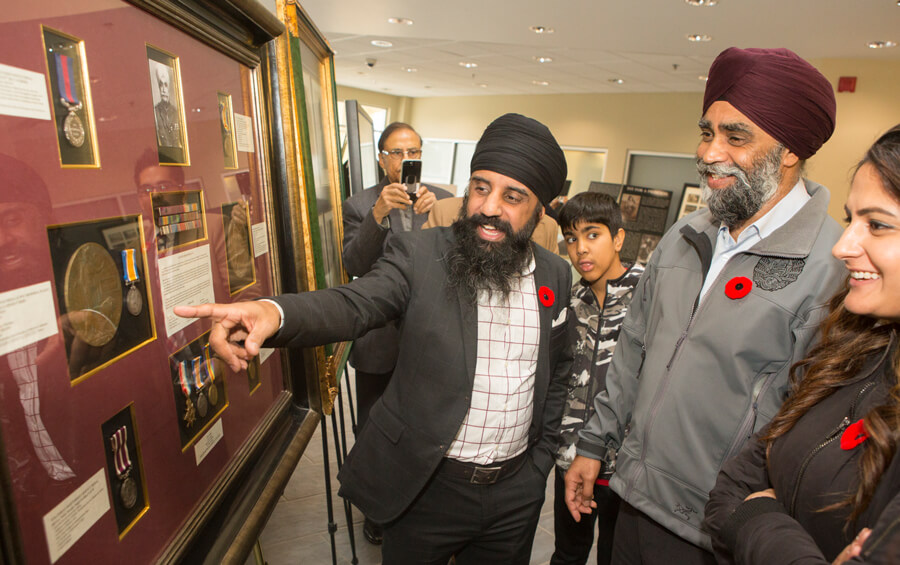 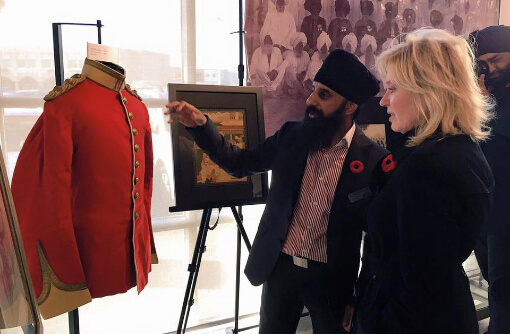 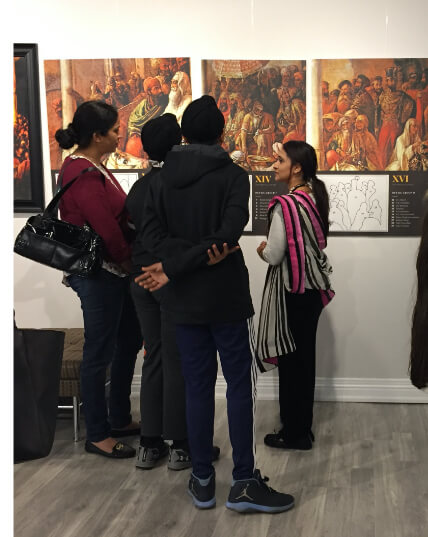 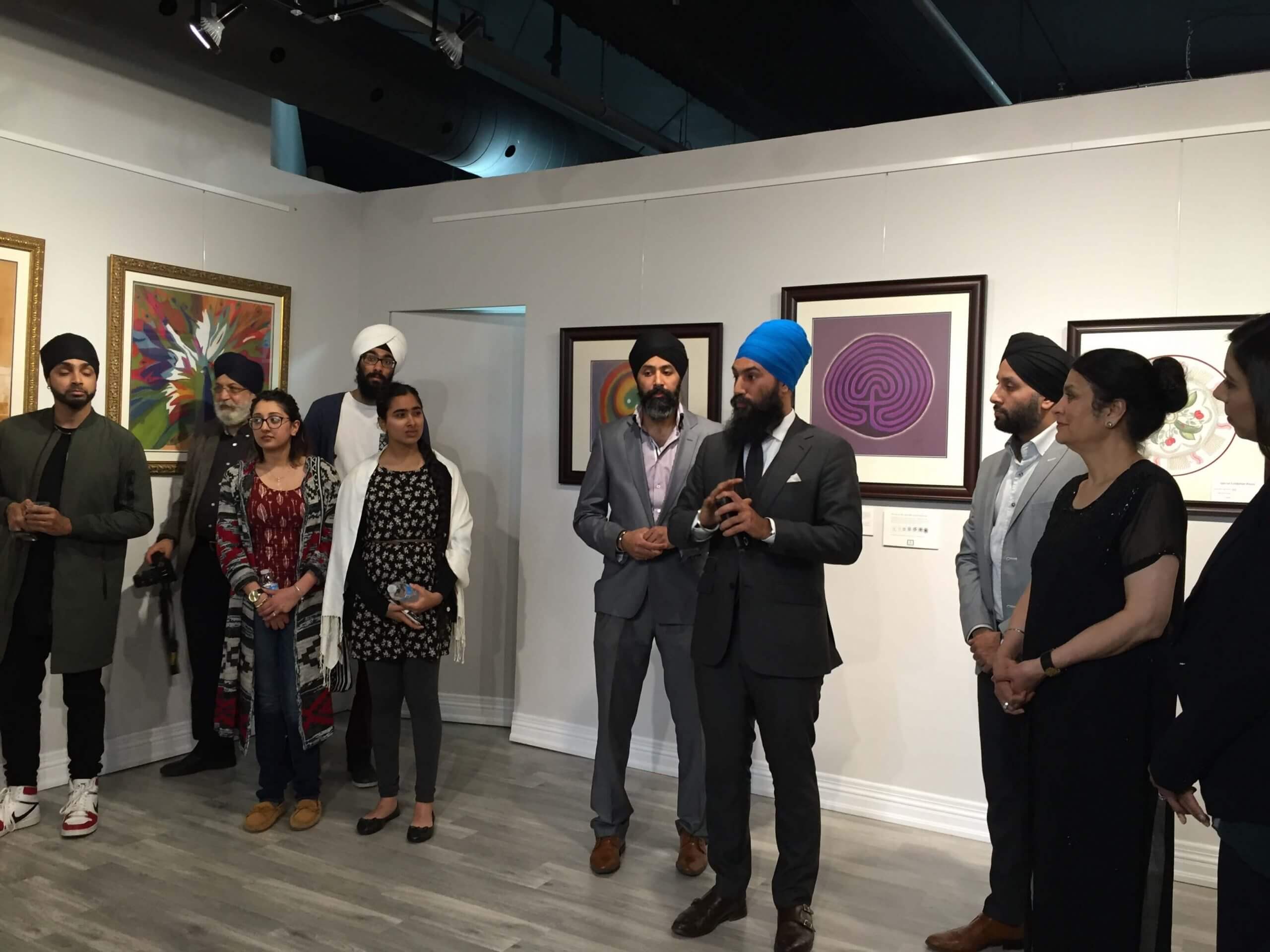 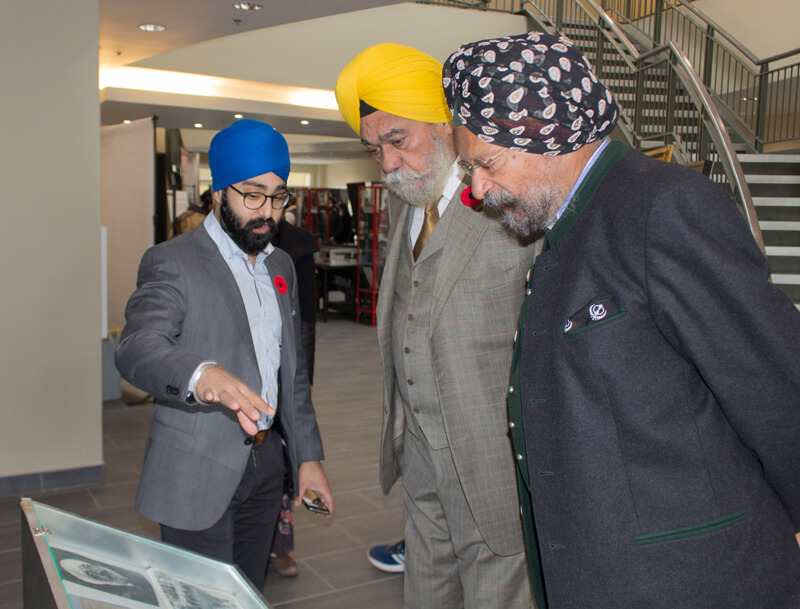 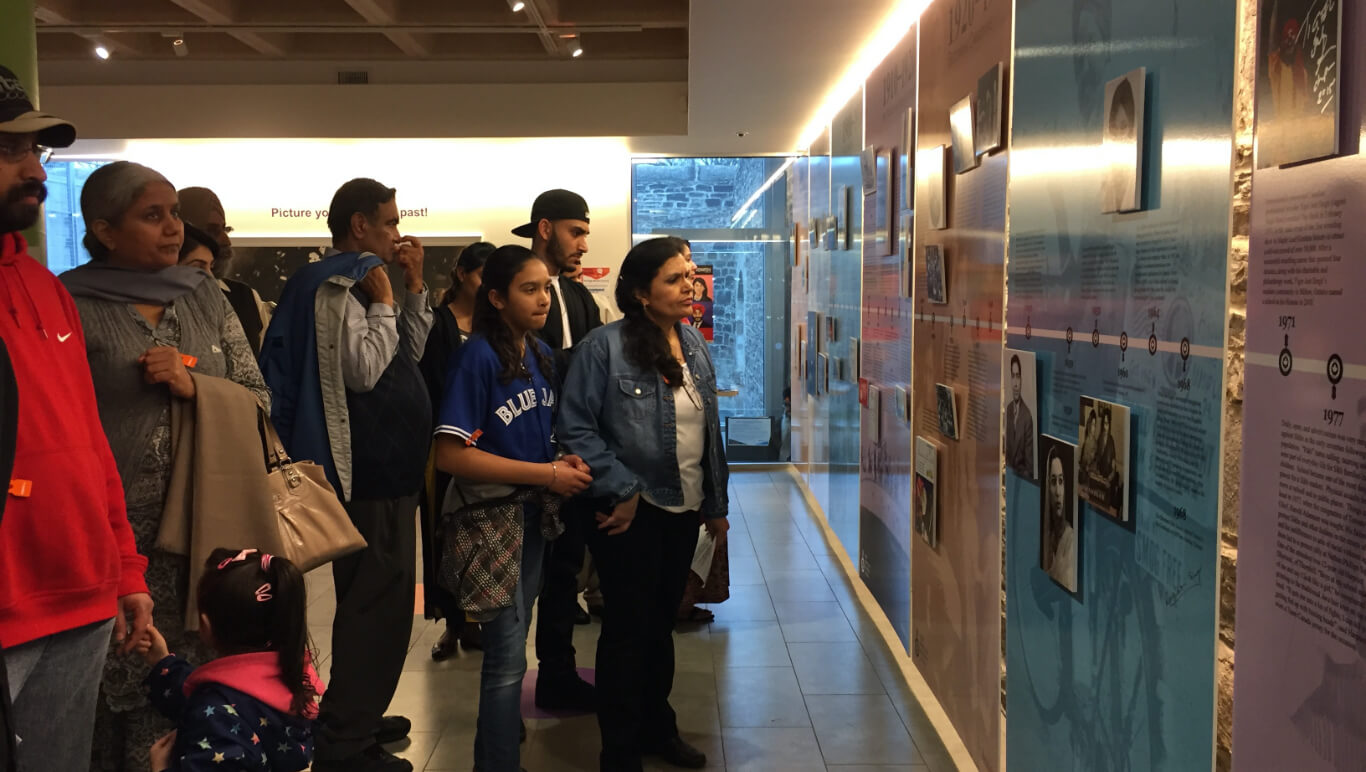 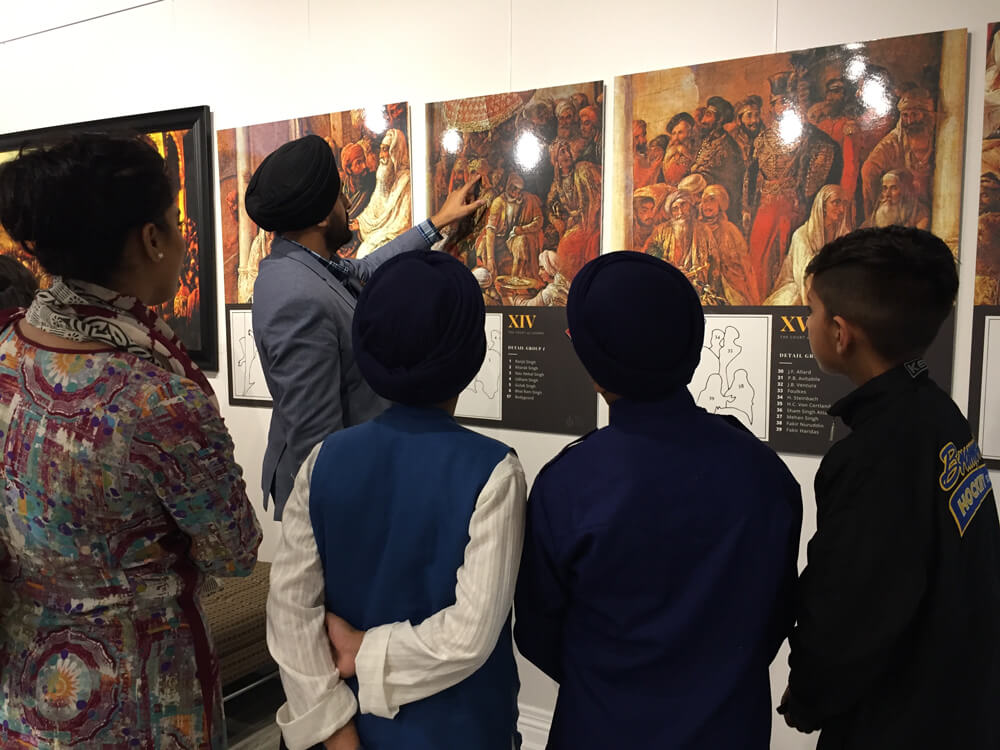 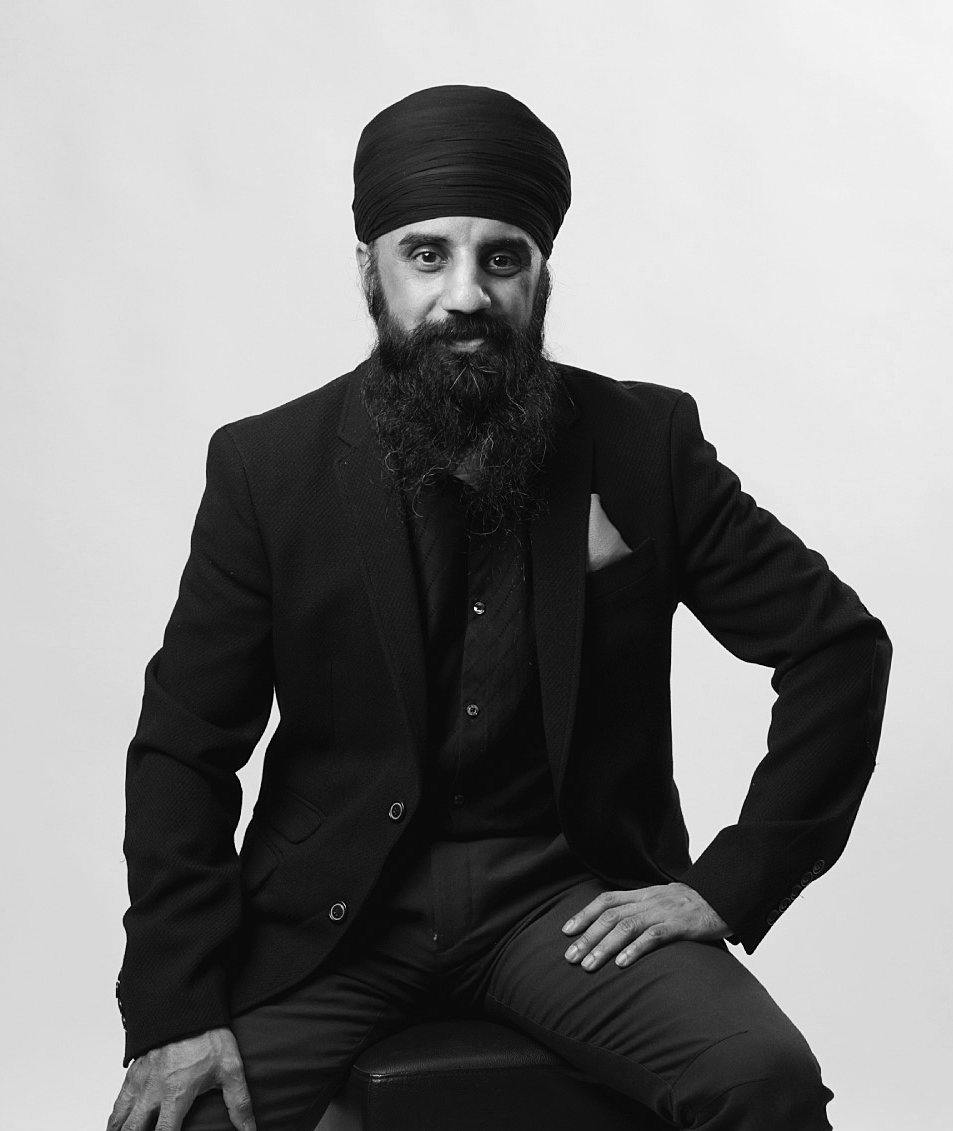 Pardeep Singh Nagra is a leading Canadian historian, researcher, and speaker specializing in Sikh pioneer and military history in Canada and the diaspora. He has curated exhibits locally, nationally, and internationally and enjoys collecting Sikh toy soldiers.

Pardeep has been a strong voice for and with the Sikh community and has spoken locally, nationally, and internationally on various issues and as a keynote speaker at many events and conferences including at the Canadian Museum for Human Rights, the World UN conference in Durban South Africa and the Pentagon in the USA. Pardeep is also a regular speaker for the Dominion Institute of Canada.  In addition, Pardeep has been featured on all major media outlets in Canada including the CBC, Global News, City, on T.V., on Radio, in newspapers across Canada. 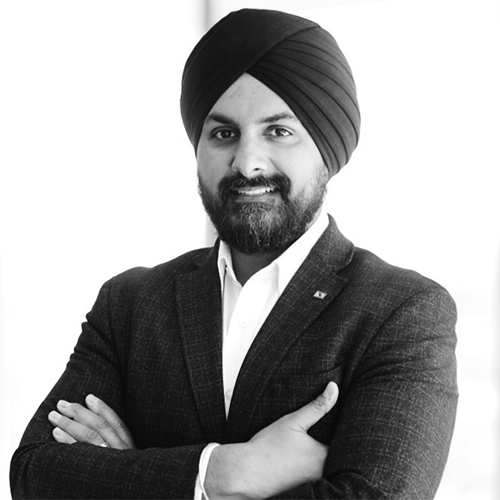 Kulbir (Colin) Singh Dhillon is an avid reader of Sikh History and particularly enjoys the legacy of the Lion of Lahore, Maharaja Runjeet Singh.  He is also very active in charitable and community-based initiatives and has been appointed as the National Sikh representative on the advisory committee of Canada’s Office for Human Rights, Freedoms and Inclusion. Colin’s latest project is the documentary film, 'The Lion that Lost his Roar', on the first person of Sikh origin to live in Canada – Prince Victor Albert Jay Duleep Singh and he is the honored recipient of the Queens Diamond Jubilee Medal for his distinguished service to Canada and Canadians. 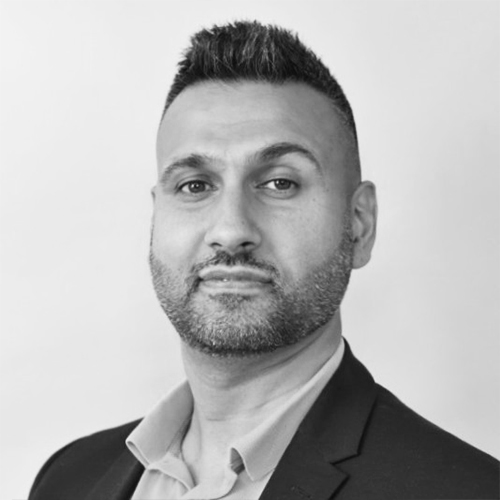 Harminder (Harry) Mann is an independent researcher who is dedicated to linguistic and cultural heritage. He has a passion for the complete education process of the Sikhs and focuses heavily on history from the post-guru period to the annexation of Punjab. He devotes his free time to scriptural analysis. 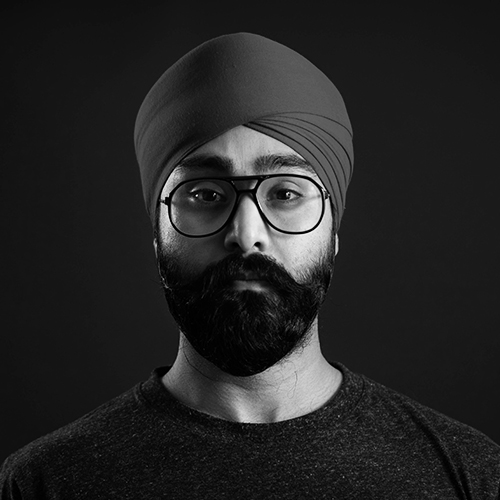 Rahul Bhogal is a multidisciplinary designer and artist with a strong desire for creating beautiful things. His work has been recognized by Awwwards, Applied Arts, RGD, AIGA, Logo Lounge, and Best Brand Awards. Rahul's involved in enhancing the museum's brand and presence by creating a meaningful digital space for the Sikh community. Outside of the museum, he running an independent brand identity studio called Nothing. 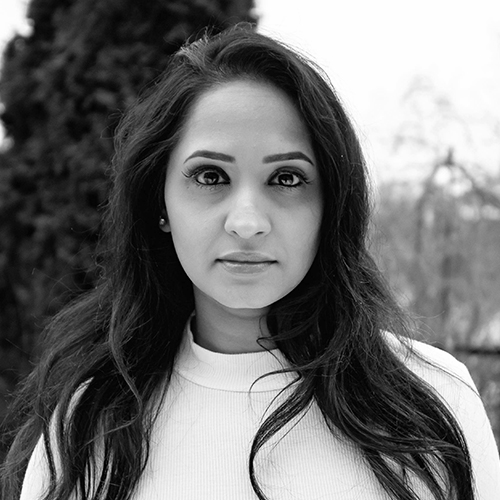 Drivnaynee (Simar) Kaur is an elementary school teacher with a background in guidance and counselling. She is closely involved in encouraging young children and youth to incorporate the Sikh way of life. Teaching children to make personal connections with Sikh Scriptures and History through curriculum based learning is one of her future goals. Other than teaching, she is passionate about cake decorating and does that to fuel her creativity bug. 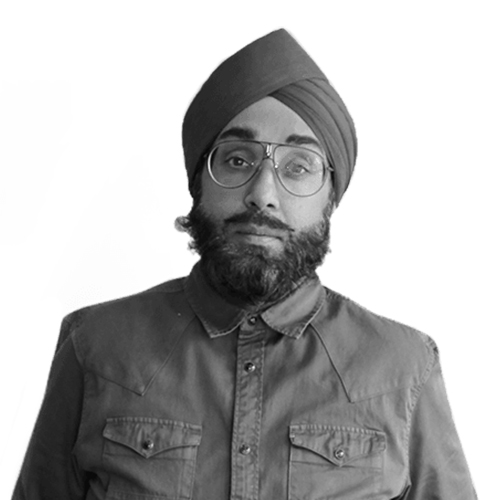 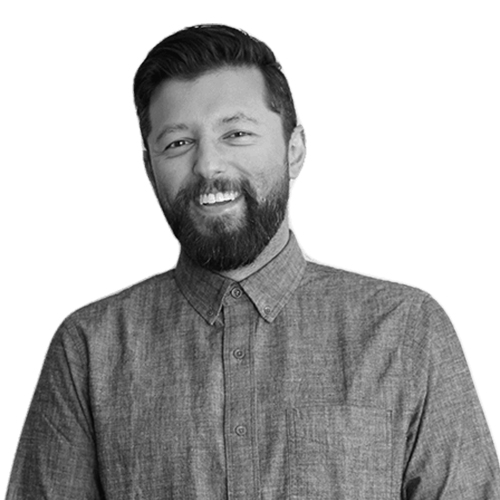 Amanpreet (Aman) Mangat is Brampton raised Toronto based, and interested in creating dialogue and curating ideas around identity, and immigration. This framework is explored through a strong focus on conversation and art, and whilst living the part of a budding art collector, a husband & a newly minted father, a Sikh, and a prospective future kabbadi player. 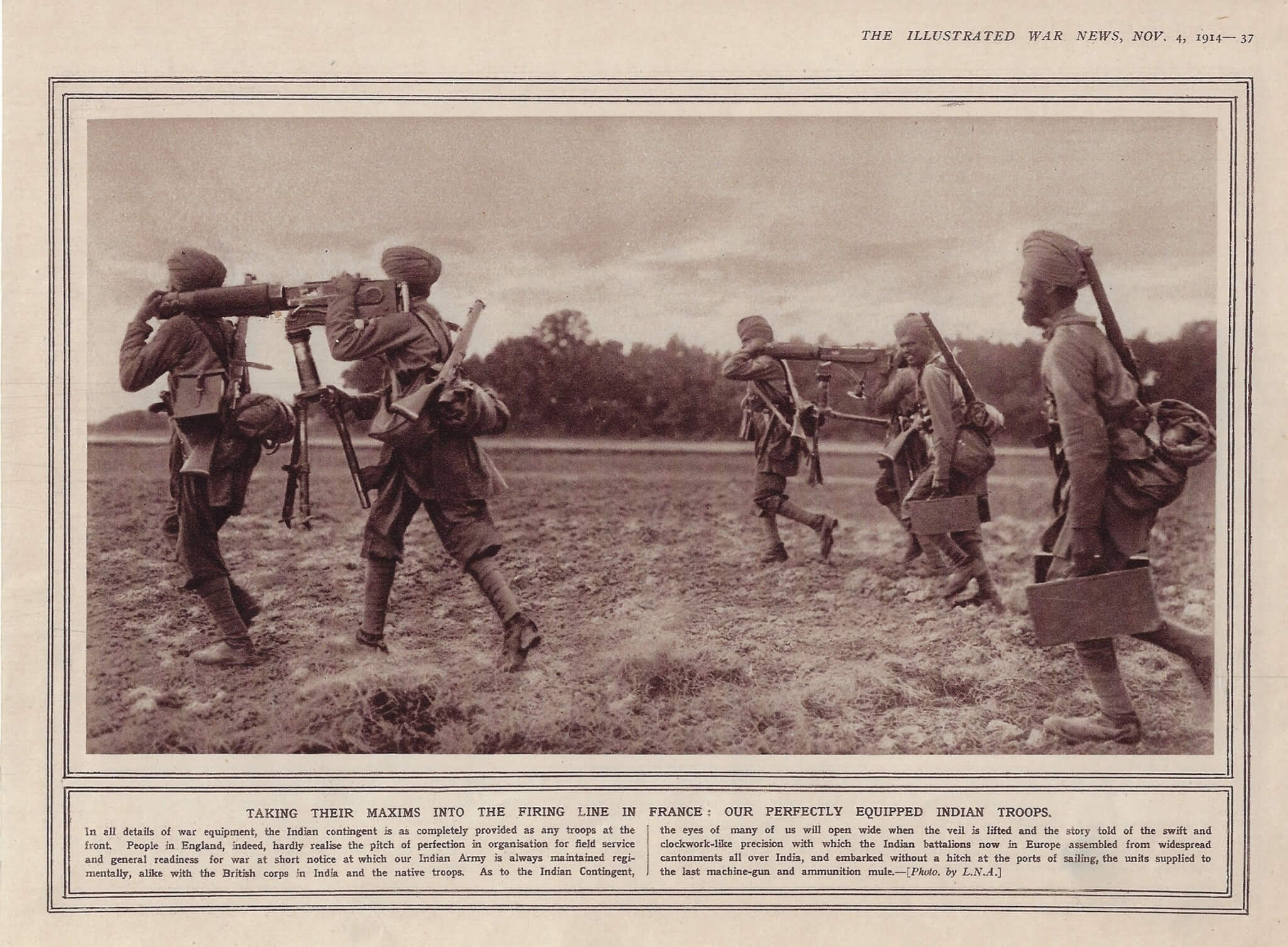